How far would you go to get something you wanted? 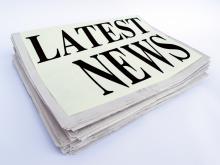 I just read a news story that left me shaking my head. Apparently, a woman, Laurie Ann Martinez, living in Sacramento, Calif. wanted to move to a safer neighborhood, but her husband didn’t want to move from their home. So, she faked being raped in her home to try and convince her husband that their neighborhood was unsafe. She split her lip, had a friend punch her in the face, and wet her pants to make her husband think she had been knocked unconscious. She told the police that when she woke up, her pants were around her ankles, and items had been stolen from her house.

Seriously? There wasn’t any other way she could convince her husband to move? I don’t think I’ve ever wanted anything bad enough to fake a crime to get it. The claim was made in April. Since then, the truth has come out about the ruse.  Martinez had a friend of hers beat her up, and then hide several items from the house to make it appear she had been raped during a robbery, so that Martinez could convince her husband that their neighborhood was unsafe and they needed to move.

Did it work? Nope, not by a long shot. Instead of buying a new house with Martinez, her husband filed for divorce six weeks after the incident. And, before the “rape”, Martinez had told several co-workers what she was planning to do. The co-workers eventually told the police, and Martinez and her friend confessed to the set-up. Martinez and her friend have been charged with conspiracy and could each spend up to three years in prison if convicted.

In a bit of irony, Martinez works as a prison psychologist. At least, she did, until the conspiracy came to light. While she still has her license, Martinez was transferred into a position where she has no contact with the prisoners once the investigation into the incident began.